In 1985, André-Philippe Gagnon first acquired his international reputation. He participated for the first time at the prestigious Montreal Just for Laughs festival with an incredible act, impersonating with accuracy every artist of the song We are the World, the famed song written by Michael Jackson and Lionel Richie and recorded by USA for Africa. Thanks to the success of his performance at the Just for Laughs festival, Gagnon was invited to present his version of We Are the World on The Tonight Show with Johnny Carson, reaching an audience of 15 million American viewers. The after-effects of this televised performance were immediate. International offers began to come forward, including an invitation to the Victoires de la Musique in Paris and to the gala Cinema Chante in Gstaad, Switzerland, where he had the opportunity to meet Frank Sinatra, one of the artists that he best imitates.

Following his international success, a first tour in his home province of Quebec was planned for 1986. 21,000 tickets were sold in only 3 hours – an all time record! That same year Gagnon performed several times throughout the United States, including Las Vegas, Los Angeles and Atlantic City. Less then two years after his Tonight Show performance Gagnon participated as a guest, alongside with Lionel Ritchie, on Champs Elysees, the most popular French TV Show, watched by more than 22 million European viewers.

His performances in Quebec were an overwhelming success. All the venues where he performed were sold-out, for a total of 239 shows, in front of 350 000 people, thus becoming the most popular show in Quebec’s history! Recognized by his peers at the age of 27 years old, the ADISQ gave him the mandate to host the prestigious 1987 ADISQ Gala, making him the youngest host ever for this event.

In 1988, while everyone’s attention was turned to Calgary‘s Olympic Winter Games, Gagnon was given the unique opportunity to perform at the opening ceremony. A real success, viewers were amazed all over the world and the Olympics added new dates in order to please the crowd!

While his new tour in Quebec continued to sell-out, Gagnon began to tour English Canada, as well as overseas. His tours including a performance at the prestigious 1988 world exposition in Brisbane, Australia, assisting with his recognition both at home and on an international scale. Everywhere Gagnon went, the man of 400 voices triumphed!

In 1989, after the ADISQ awards, he became the first Quebecer (and the only one to this day!) to host The Junos Awards in Toronto. Gagnon also performed at the opening night of the Toronto Skydome. With such visibility, it is not surprising that his performance series at Massy Hall and Roy Thompson Hall in Toronto were sold-out! Meanwhile, Gagnon had won three Felix trophies at the ADISQ Gala, including “Best Comedy Show of the Year”.

Still receiving incredible success in Quebec, Gagnon continued touring in 1990 and 1991, performing 33 consecutive nights at the Theatre Saint-Denis in Montréal, having his show certified Quadruple Platinum with 430,000 tickets sold, a record in Quebec history, previously owned by…himself! After all of his amazing successes, Gagnon decided to launch a first album, L’Intégrale, composed of twelve humorous songs. A few months later, the Prime Minister of Canada, Brian Mulroney, invited Gagnon to perform for Prince Charles and Lady Diana, respectively Prince and Princess of Wales during a gala night being held in their honour.

Eight years after his appearance on the Tonight Show with Johnny Carson, the National Office of Jokes released a documentary showing the high points of Gagnon’s career. The show was watched by almost 2 million people. Later that year, Gagnon participated to the famous Bye Bye 93 year-end TV special along with Dominique Michel and Patrice L’Écuyer. A few months later, in the fall of 1994, Gagnon performed a series of 36 lined-up nights at the Théâtre Saint-Denis in Montreal, certifying his show the Show of the Decade!

In strong demand across Canada, Gagnon embarked on his fourth English Canadian tour, visiting 25 cities in just a few short weeks! Over the period of twelve months, the most recent show had wowed over 250,000 spectators coast to coast. Because his performances were a strong contribution to Canadian culture, Gagnon was asked to host the Governor General’s Performing Arts Awards Gala, broadcasted on both French and English CBC in 1994.

In spring 1994, the European public fell under Gagnon’s charm and requested more shows, taking the now famed impressionist to Brussels for two weeks and six more at the prestigious Casino de Paris. Following his performances for the Prince and Princess of Wales, in 1995 he was invited to perform by the Prince Rainier of Monaco.

The impressionist’s success continued to rise on both sides of the Atlantic with a four week stint in 1996 at the Royal Alexandra Theatre of Toronto followed by a three months long European tour. Belgium acclaimed him!

Guest star at the Festival du Rire of Montreux and at the Victoires de la Musique gala in Paris, Gagnon attained an audience record on French television with his humoristic TV special “André-Philippe Gagnon at the Casino de Paris”. Back in Quebec, he received two Gémeaux awards, including one for “Best Performance in a Comedy Special”. He hosted the Governor General’s Performing Arts Awards Gala for the second time and ended his year in the same way as in 1993, participating in the Bye Bye 1996, broadcasted on the French CBC.

In January 1997, Gagnon performed sold-out performances at the Casino de Montréal for several weeks, and in 1998, while he continued to tour his International Show, Celine Dion invited him to share the stage with her, as her opening act, on her “Let’s Talk About Love” world tour. The tour took Gagnon around the world with Dion, concluding with two nights at the famous Stade de France. Immediately following the second night at the Stade de France, Gagnon performed at the Parc des Princes. In a single night, 150 000 spectators applauded him!

In October 1999 began a long series of shows at the prestigious Casino Venetian in Las Vegas, Nevada. Gagnon became the first Quebec comedian to perform on the famed strip for such an extended stint. Soon after his arrival, Gaming Today, (considered the bible of Las Vegas entertainment) elected Gagnon “Best New Comer”. With a successful show every night, the impressionist performed on the Venetian’s stage 4 to 6 times a week until July 2001.

Gagnon went back on the road and presented his show throughout the U.S. and Canada, as well as in the Netherlands, however the Las Vegas public missed him and called for his return! Gagnon returned, and performed from September 2002 through the end of 2003, performing five nights a week at the Casino Paris. The artist was considered THE must see act in Las Vegas.

In 2004-2005, after overwhelming success in Las Vegas, the man of 400 voices pursued his tour with his International Show in the United States, Canada, the Caribbean and Europe. In addition, Gagnon began to work on his triumphant return to Quebec and prepared a new show André-Philippe Gagnon… de retour.

On tour in Quebec and French Canada from the beginning of 2006 through the end of 2008, the artist went back to his first public for which he has lined up the best segments of his international show and prepared many new imitations.

Performing more than 175 times before more then 200,000 spectators, André-Philippe Gagnon… de retour was extremely well received by the public and in 2007 received the OLIVIER trophy for the best selling comedy show of the year!

Full of new ideas, during summer 2009 Gagnon decided to concentrate on the creation of his brand new English show for January 2010. Some of the best Canadian comedy writers, including Gord Holtam and Rick Olsen (Royal Canadian Air Farce) and George Reinblatt (Rick Mercer’s Monday Report, Just for Laughs) teamed up with Gagnon and Stéphane Laporte. Moreover, MOMENT FACTORY, the multimedia firm behind the last Nine Inch Nails tour and some of Le Cirque du Soleil creation jumped on board to help Gagnon generate his most personal show ever, a combination of technology and creativity! Alongside to his famous saxophone solo which has always been and always will be part of his show, Gagnon added new instruments to his live performance! Audiences are amazed by his reproduction of Santana’s guitar solo on “Black Magic Woman” and by his rendition of both vocal and musical impression of Elton John’s “Your Song” where Gagnon even sits at the piano. A must see performance! 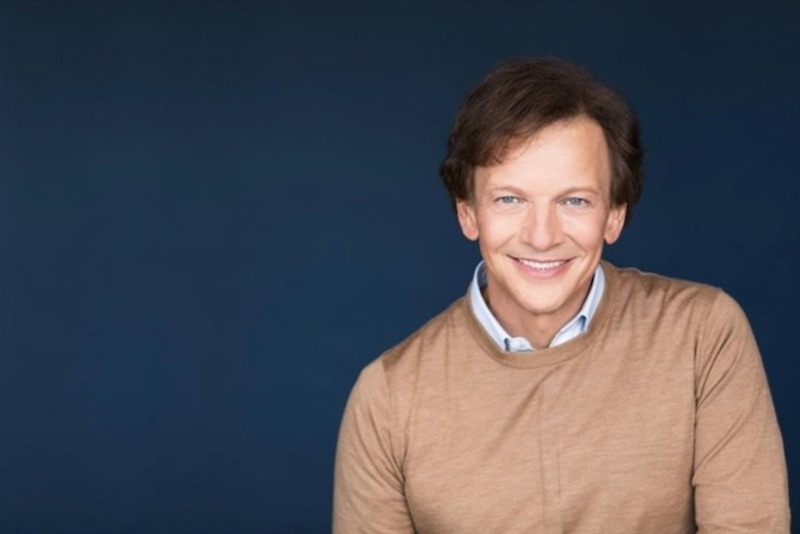 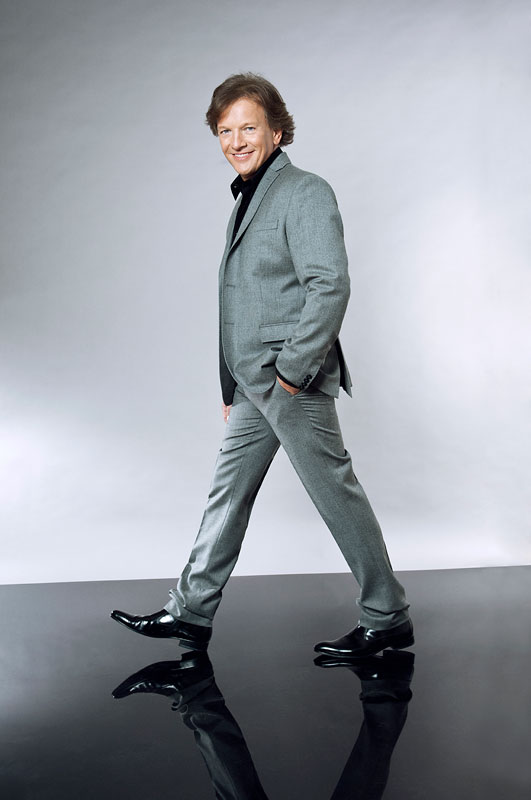