During this time, the brothers (who both sing and play all instruments including guitar, bass, drums, keyboards and harmonica) shared the stage with some of the world’s top r&b legends including Buddy Guy, BB King, Chicago Pete, Downchild Blues Band, Powder Blues band, The Contours, The Miracles, Martha Reeves Dutch Mason & Jeff Healy to name a few…thus gaining a wealth of on stage experience and picking up many of the *tricks of the trade* from the masters of the craft!

It was in 1994 that the real brothers first donned the stage gear made famous by John Belushi and Dan Aykroyd ,during an impromptu Halloween performance at the Old Chicago’s blues festival. Following this performance the brothers never looked back and began working as a much heralded full time R&B tribute under the name of THE SOUL BROTHERS! the Ultimate Tribute to BLUES, RYTHYM & BLUES AND SOUL !

This 2 hour live SOUL BROTHERS show has taken the brothers all over the world performing in blues festivals, arena concerts, and with the D.N.D/U.S.O. SHOWTOURS entertaining the troupes in remote locations throughout the world. They have also performed as an impressive blues brothers tribute during several extended runs with the canadian based LEGENDS ALIVE, LEGENDS IN CONCERT USA and the european based STARS IN CONCERT tribute show.

In 2005 the brothers teamed up with producer Bernhard Kurz to create a full on R&B tribute show combining the 70’S magic of bluesmen Dan Aykroyd & John Belushi with the sweet soul sounds of Sam and Dave and the groove and energy of James Brown! This incredible musical comedy called I’m A Soulman! features the Dahl Brothers and musicians from the original Blues Brother’s movies, plus active members of *The American Rock and Roll Hall of Fame.* This show has performed throughout North America and Europe in theaters,festivals and concert venues alike..

In 2013, the Soul Brothers, Chris with his 4 octave vocal range and Geoff with his harmonica wizardry, continue to bring the power of the blues to stages around the world and are exited to join the cast of one of the world’s greatest tribute shows,STARS IN CONCERT performing all the hits of legendary r&b recording artists The Blues Brothers, The Isley brothers, Sam and Dave, James Brown, Ray Charles and more… 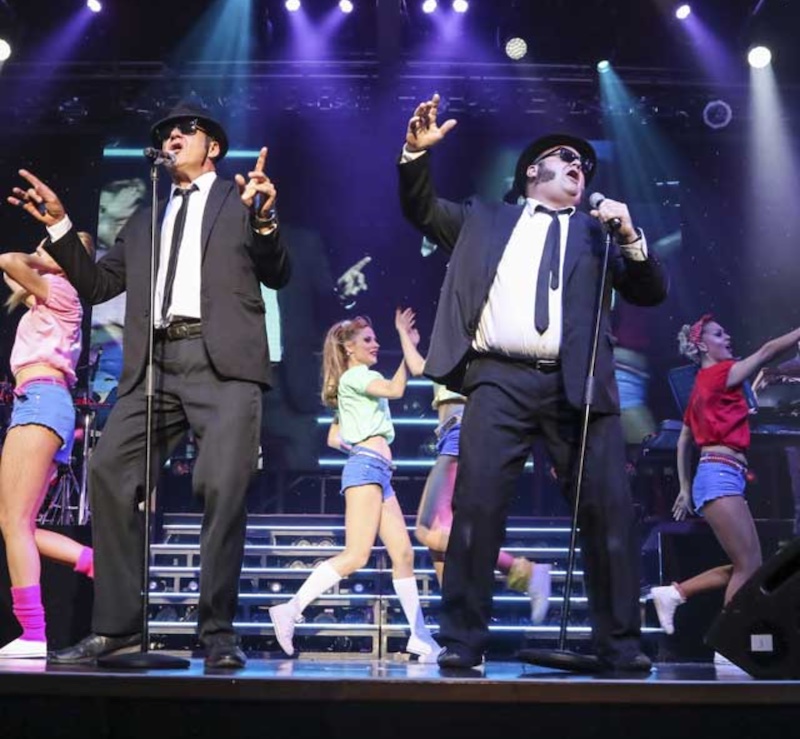 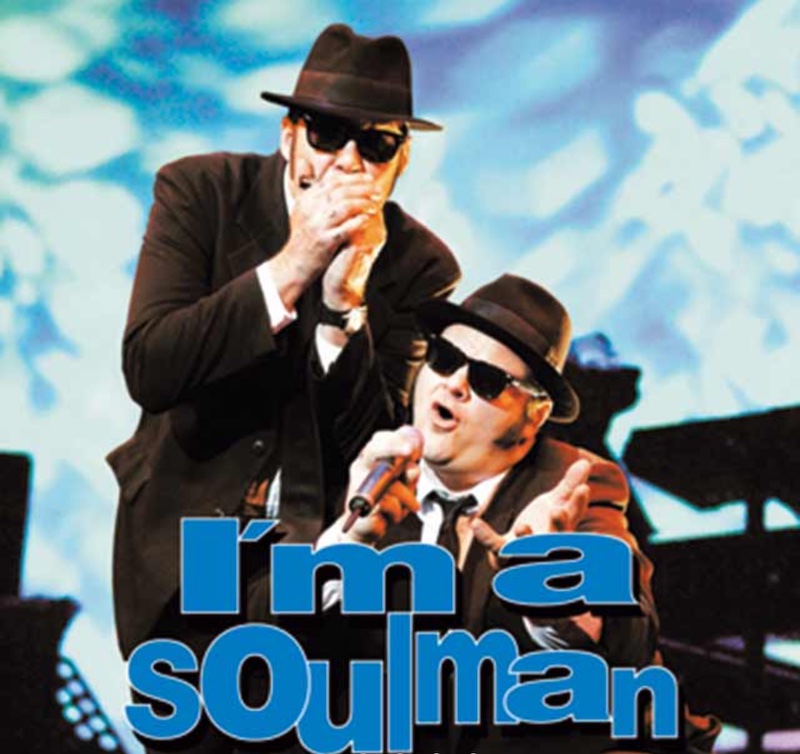 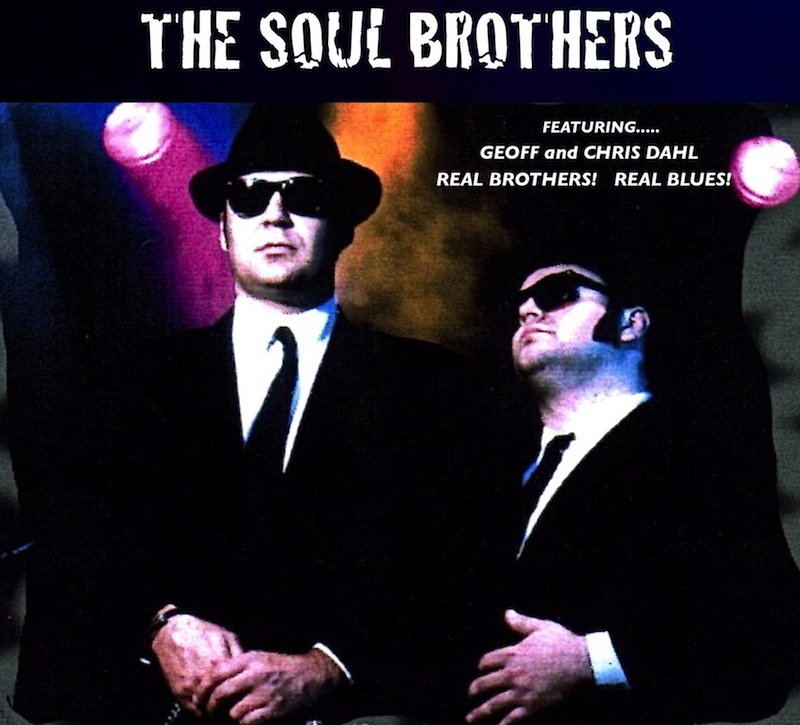 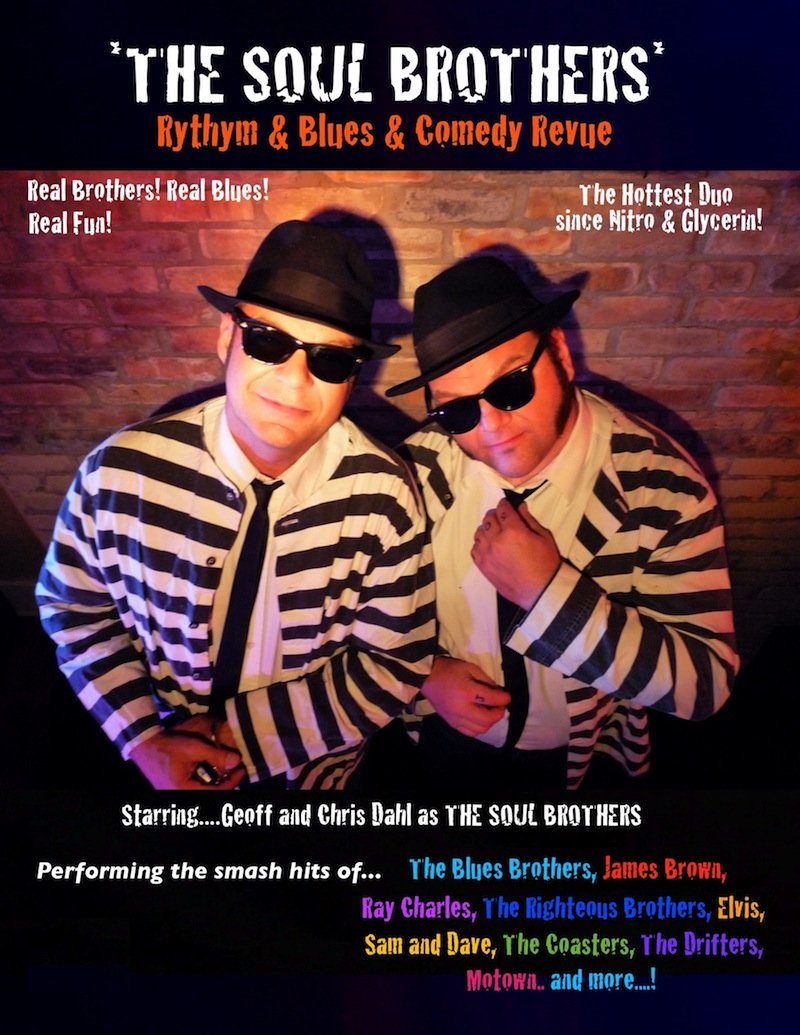