The Canadian Xsports are the ultimate tribute to Canada’s internationally famous hit songs, great music that’s recognized and loved by audiences of all ages.

The band’s stage show incorporates a hockey theme using oversized props that will not be forgotten. The band’s backdrop is a 10 x 20 foot ice hockey rick including an actual giant 8 x 16 foot hockey jersey . The microphone stands are made out of hockey sticks and there are two full size goalie nets on either side of the stage . The band’s stage clothes include custom made hockey jerseys that sport the rival team logos of Toronto and Montreal. Talk about a split decision! You gotta see ‘em to believe ‘em !

When the opening theme of “Hockey Night in Canada” starts up, the fans are ready for a truly novel performance. The show is full of energy with great stage presence and crowd participation, all the fun and excitement of a fan crazed hockey game!

The music is comprised of Canada’s favourite classic songs from the greatest Canadian artists of all time. 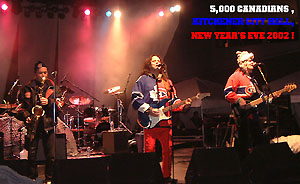 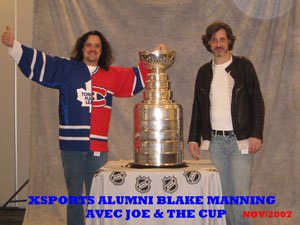 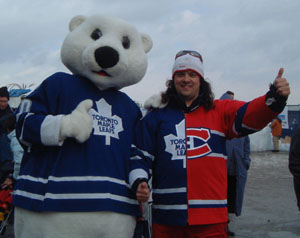 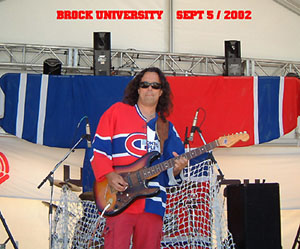 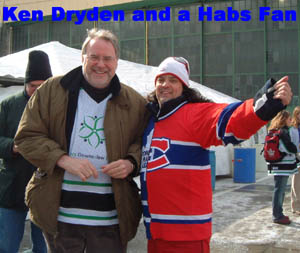 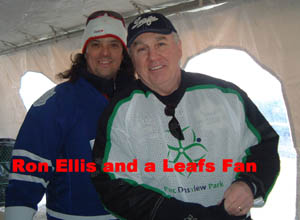 “I just wanted to thank you for suggesting the Canadian Xsports for the Mississauga Olde Tyme Christmas Event in December, 2016. The Band was awesome and so accommodating. They were upbeat which transcended to our audience to make this a great entertaining evening for all…I will definitely be using their services again.”
– Laurie Wellwood, Entertainment Coordinator

“That was an absolutely perfect night.I want you guys back for our Canal Days Festival in the summer!!”
– Allaina Kane, City of Port Colborne, New Year’s Eve 2003

“You guys do the best version of the Hockey Song I have heard!!” – Ken Dryden, NHL Hall of Famer

“You guys were fantastic!! So many people commented on what a great show you put on and how much fun they had!!”
– Natalie Gay, Phaneuf Productions, Mont Tremblant Resort, Quebec, Canada Day weekend 2003

“The Xsports put on a fabulous show! You can tell anyone to call me for a reference!!”
– Lionel Corbeil, Essex Fun Fest Coordinator

“I have seen the Xsports play at the Halifax Casino and at the Metro Centre (Halifax’s largest venue).They performed a different show at each location that was perfectly suited for the varied audiences and I would not hesitate to book them at any event.”
– Mike Shepherd, East Coast Talent Agent and former road manager of the Jimmy Flynn Show

“Thank you for helping to make our Canada Day concert a complete success.”
– Debbie Bach, City of Ottawa

“Thank you for helping out so much!! Your band did so much more than was required and the people just loved you.”
– Gina Holstead, City of Kitchener, Kitchener City Hall, New Year’s Eve 2002

“I just wanted to say the Canadian Xsports did a great job here. The boys were really professional and great to work with. The musicianship was exceptional. What a great bunch of guys! Would definitely work with them again. Thank the boys for a job well done. Cheers!”
– Mark Forsyth, Kapuskasing Carnival Committee

“Great show, where did you get those shirts?”
– Jim Cuddy, Blue Rodeo, Jarvis Cornfest 2001

“Thank you so much for putting on a great show, everyone loved it! The hockey theme of your band went perfect with our festival and truly added to the overall event. I look forward to working with you again.”
– Joanne Keegan, Special Events, Coordinator, Downsview Park, Feb 2005