Our touring hell on wheels is the real-deal and makes one hell of a party that has left concert goers spellbound the world over. In addition, we recently announced our newest and biggest production; Hellzapoppin Presents Congregation of Sinners Incorporated (COSI). COSI is a festival within itself and is known as the world’s only daredevil circus thrill-show extravaganza and consists of Hellzapoppin on the main stage and along-side a professional Midget Wrestling ring, the Wall of Death Motorcycle Stunt Team, a real-live animal oddity exhibit and museum located inside a big circus tent with 2 headed turtles, 2 headed snakes and even a sheep with 5 legs and a cow with 6 legs! You’ll see the Human Cannon Ball, world famous street performers, the world’s largest rat and smallest horse exhibits, illusionists and more.

AS SEEN ON TV (Travel Channel, Discovery Channel, ESPN, FOX) and at Ripley’s Believe it or Not and Guinness Book of World Records! Hellzapoppin is a world class “Vegas style Rock-N-Roll” Circus Variety Show where the world’s deadliest stunts in live entertainment are performed to the sounds of sold-out crowds and Rock-N-Roll music! These bewildering stunts are performed by some of the biggest and best underground performers in the business. 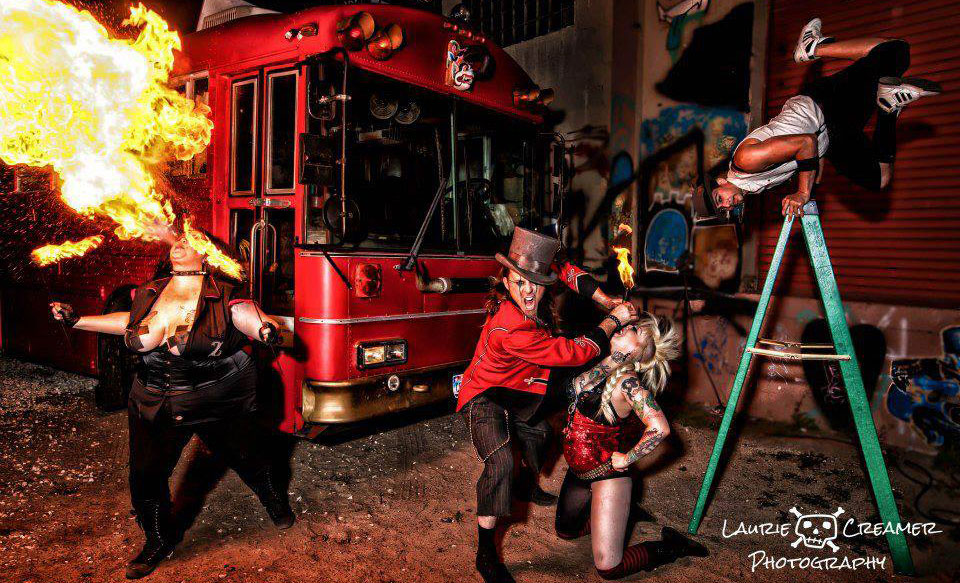