Dolly Parton and Kenny Rogers are each legends in their own right. Both have enjoyed singing AND acting careers that have spanned approximately five decades.

Dolly, born one of 12 children to a backwoods Tennessee family, has risen from relative poverty to become one of the most famous and wealthy country music stars in the world.

Her singing career began with television appearances in Knoxville at age 12. The following year she had a recording contract and was appearing at the Grand Ole Opry. However, it was, Porter Wagoner who made her a star when he hired her to duet with him. Together, they toured the country, made records, and appeared numerous times at the Opry.

In 1974, Dolly went solo, and soon had a string of hits, including the semi-autobiographical “Coat of Many Colors.”

Kenny Rogers’ career in the music industry is immeasurable. He has recorded 63 albums with worldwide sales in excess of 105 million albums. His numerous accolades include three Grammys, 11 People’s Choice Awards, 18 American Music Awards, eight Academy of Country Music Awards and five Country Music Association Awards. He has topped the charts with 22 No. 1 hit records. He is the 4th Best Selling Male Artist of all time, with 20 Platinum albums.

In 1983, Kenny and Dolly took their show on the road with their “Real Love” tour also known as “Together”, performing their individual hits, as well as popular duets that each had recorded with other artists. Talk to anyone who was at one of those shows and they will tell you it was magical.

FOR MORE THAN A DECADE, Marty and Wendy have been recreating that magic with their “Together Again!” show. This show has toured repeatedly around the world at some of the most prestigious venues throughout England, Ireland, Australia, New Zealand, Malaysia, Mexico, Canada, and the USA.

“Together Again”, a Tribute to Country Music’s Favorite Couple, featuring Marty Edwards in the role of Kenny Rogers and Wendy T as Dolly Parton. And yes, Wendy “fills” the role … uh, shall we say to a “T”!
If you are a Kenny Rogers and/or Dolly Parton fan, don’t miss this world-class tribute! 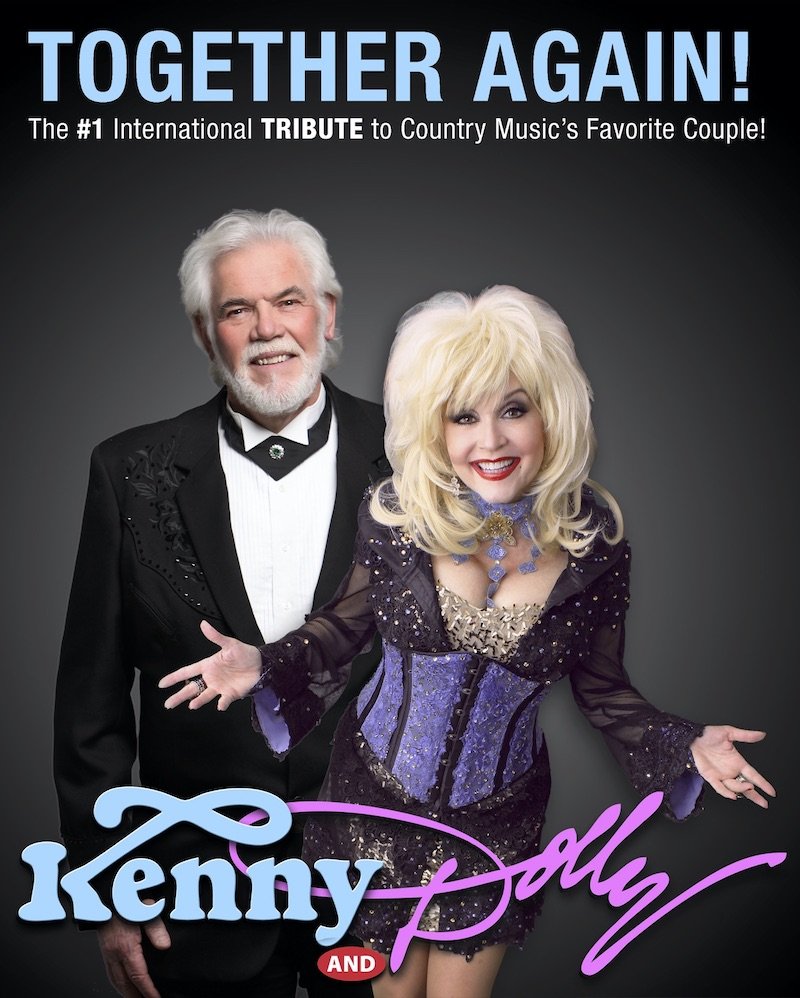