Comedy Hypnotist Fernandez is a one man production show integrating cutting edge multimedia and special effects creating a unique experience of VIDEO, MUSIC, LIGHTING and Pyrotechnics including Smoking Guitars. (where approved) There are 27 custom made videos in the new show!!!

For years Fernandez has dazzled audiences the world over with his spectacular brand of hypnosis. No other performer has captured the intrigue and electricity of this discipline, and its doubtful anyone ever will.

Born in Havana, Cuba, Fernandez learned his skills from his father, himself a recognized professional stage-hypnotist. His first stage experience was as his fathers assistant at the age of four, but it wasn’t until his teens that Fernandez devoted himself to these mysterious realms.

With the aid of his father, Fernandez learned the fundamentals of hypnosis and how to hold any audience spellbound by refining his stage technique. In his early twenties, Fernandez studied with the highly acclaimed Canadian hypnotist and psychic researcher, Alan Spraggett. As his hypnosis career skyrocketed, Fernandez began to appear on stage with such internationally recognized stars such as Liberace at the Las Vegas Hilton.

He has also appeared with Jerry Lewis, Bob Hope, John Candy and Dan Ackroyd, just to name a few. Fernandez has appeared on numerous television shows which have aired worldwide. Fernandez also starred in the theatrical revue “City Lites” at Trumps Castle Hotel in Atlantic City, and featured his own stage spectacle, “Caliente” at the Jaragua Hotel and Casino in Santo Domingo, The Dominican Republic for two years.

In 1990 Fernandez became a certified Hypnotherapist and has produced a series of hypnosis seminars and C.D.’s

Although his feats of hypnotism appear to defy reason, the only way to believe or disbelieve is to see it for yourself. That is what makes Fernandez one of the premier hypnotists in the world today and the name Fernandez stands for two generations of spellbinding performances and standing room crowds. Even the most hardened of skeptics will walk away from the show shaking their heads in utter amazement.

“A mind boggling presentation where members of the audience volunteer to create the most hilarious hypnotic show you will ever witness!!”

Hypnotist Fernandez delights audiences worldwide with his dynamic stage presence and original material. Some of the incredible array of venues Fernandez has performed at are Casinos, Conventions, Corporate Shows, Fairs, Festivals, Universities, Colleges, Nightclubs and on board some of the most prestigious Cruise lines on the high sees.

Fernandez will custom design his show to fit your event’s theme, in English and Spanish, and will offer the discriminating client their choice of his “Family” shows, or the very popular “Adult” version. Whichever theme you choose, we guarantee your event will be an incredible success, never forgotten.

With so many Hypnotists on the Web today, your choice can be a difficult one. Always take experience, professionalism and originality into consideration, These guidelines will always lead you back to: “FERNANDEZ”! The show that means Business.

Contrary to popular belief, a hypnotist does not radiate superhuman power from his eyes, nor can he gain complete control of a persons mind with a snap of his fingers. Hollywood movies have always portrayed hypnotists as dark, Gothic figures and his subjects as zombie-eyed, helpless characters.

These images are very distant from the modern hypnotist. Hypnosis is becoming accepted worldwide as an alternative to medical procedures, and is incredible aid to helping overcome some of our unwanted and dangerous habits such as smoking. It can also be a great help to police agencies in solving cases previously unsolved. An ingenious addition to hypnosis is it’s use as an entertainment form.

Enter the stage hypnotist, his sole purpose is to provide hilarious entertainment in the form of a stage show. A modern hypnosis show can incorporate up-to-date music, and hilarious themes relating to our everyday society. Hypnosis has become an art form, the modern hypnotist as an artist.

Most of us have been under the influence of hypnosis at one time or another without ever realizing it. Large cities are breeding grounds for environmental hypnosis, Billboards, television, radio and even highway driving can p0roduce sensory overload thus creating a hypnotic state in some people!!!!

Watching a skilled hypnotist in action is truly an incredible experience , not only for the audience but also for the volunteers who “star” in the show. If you’ve ever had the good fortune of viewing this memorable event, isn’t it about time you saw FERNANDEZ?

Fernandez is a featured performer with Princess Cruise Line and appearing on the following ships. 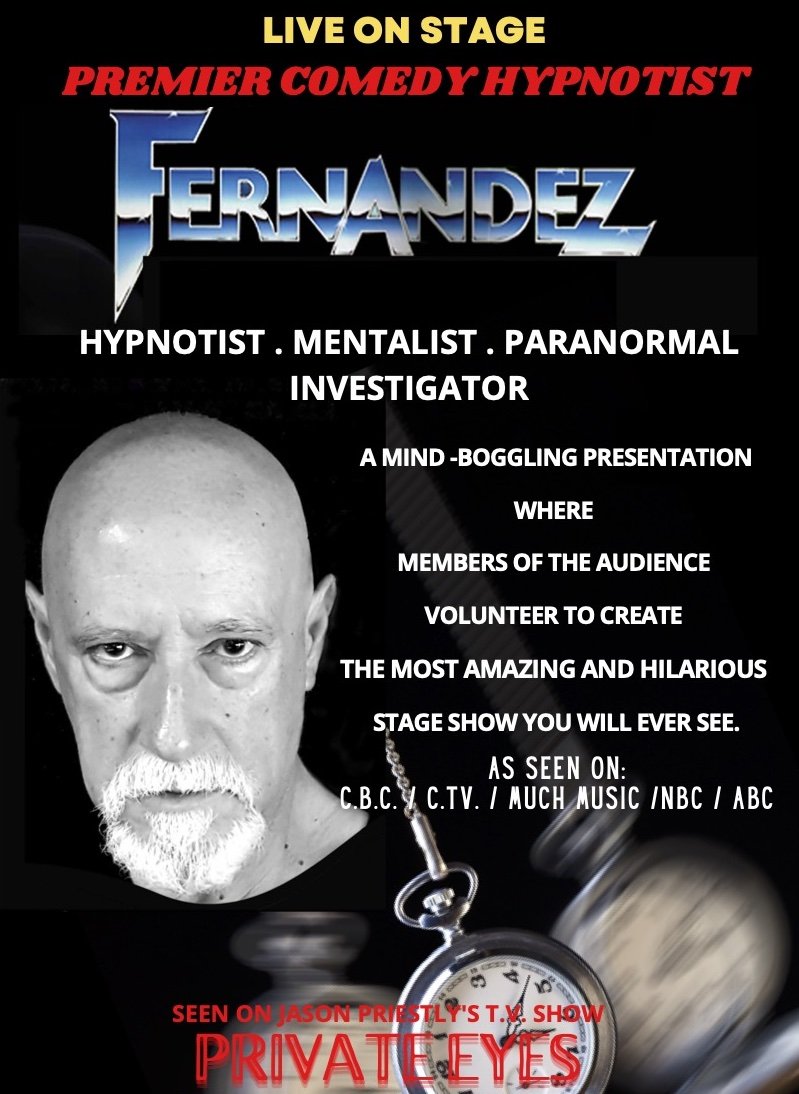 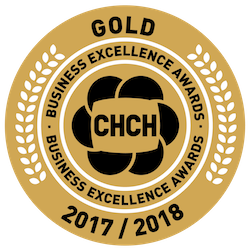 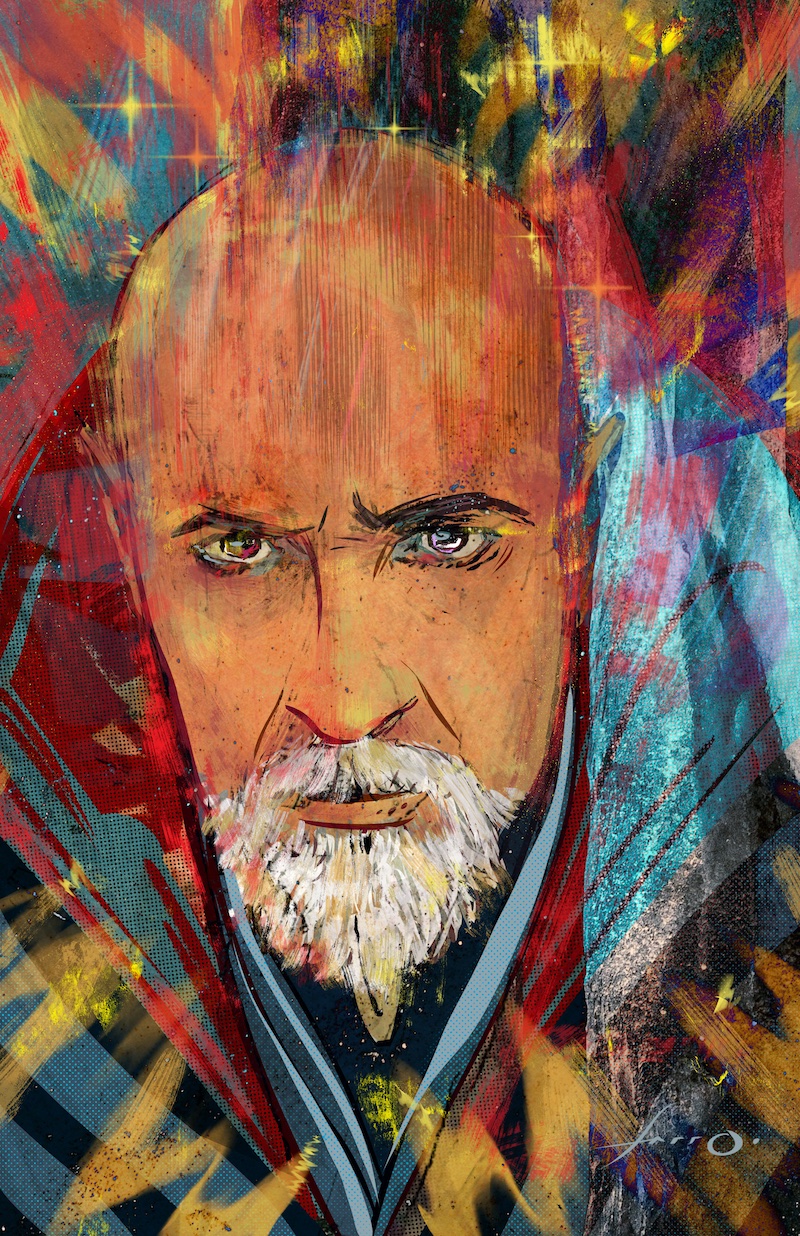 “Fernandez had one of his on stage subjects impersonate me during the show. It was hilarious. He is a great showman.”
– Wyland Marine Artist

“The funniest show I have ever seen on a cruise ship.”
– Michael Godard Artist

“Amazing! Fernandez puts on a fantastic show! At our venue, he was so enjoyable to watch, that he hushed a crowd of over 800 women (which we know is no small feat!)”
– Janis Paul 2009 President Carp Fair

“After watching the audience reaction to his shows, the board of directors and myself decided we must have him back.”
– Brian Seeley 2009 President Spencerville Fair

“Wow! What a great show. The staff is still talking about the show. Fernandez is a true professional.”
– Brian Daniels The Power Centre, Thunder Bay, Ontario

“We have had Fernandez at our Christmas Party many many times, and he always delivers an excellent show for our employees.”
– Jeannette Baker McDonald’s Rest. staff Christmas Party, Cambridge, Ontario

“Fernandez continues to deliver huge crowds for us year after year. That is why this is his 14th consecutive year.”
– Joe Pavia, Entertainment Director Central Canada Exhibitions