Boris Cherniak is a multiple award winning comedian hypnotist, hypnotherapist, motivational speaker, actor and author. He regularly appears on television showcasing incredible powers of hypnosis and power of positive thinking. Boris motivates and inspires. He appears in upwards of 300 live performances a year. Boris presents a comical point of view, while leaving a lasting impression and enlightening his audiences. His stage name, Incredible Boris, describes the sentiment of every performance literally – a positive attitude and constant state of mind. Boris delivers a powerful message of limitless possibilities.

Boris was born in Moscow, Russia on December 12, 1964. He came to Canada when he was 10 years old. As a child, he lived across the road from the Moscow Circus and was a regular fixture in the audience and backstage. He was mentored by world-famous clowns Yury Nikulin (Yury Nikulin’s Moscow Circus) and Oleg Popov.

As a teen, Boris read the new-age classic The Search For Bridey Murphy by Morey Bernstein, which is a true story about a hypnotist involved in a past life regression with a female subject – a lady is regressed past her birth, only to reveal names, locations and events of a past. The hypnotist records the session, follows up on the facts provided, and they happen to be true – the events, people and locations actually existed. Excited about a fascinating subject and a skeptic, Boris having the need to know more, devours every book available on the subject of hypnosis, hypnotism, hypnotists and hypnotherapy. Follow up books by the Amazing Randi provided incredible insights to the subject, giving possible explanations and solutions.

Boris started hypnotizing people at parties and get-togethers. Early on, friends provided ideas, which have evolved into dramatic and theatrical stage routines today. Boris’ creativity and desire to succeed drove him to learn more and perform as much as he could. Incredible amount of stage time and determination allowed development of a unique stage persona and wealth of unforgettable stage routines. He continued gathering all available information about hypnosis, psychology and any other related subjects he could absorb the information from. York University, University of Toronto and Seneca College provided training in the fields of psychology and computers. Even though the two fields do not appear to be related, computer and mind programming are very similar, providing logical solutions to given instructions. Boris continues to learn and improve his knowledge. He is a certified hypnotist and hypnotherapist. His practice primarily encompasses the entertainment field and motivational team building events. Boris is a member of several hypnosis guilds and organisations. He is currently writing a motivational book that uses his life experiences to inspire the reader.

Initially, Boris used his first name only, similiar to other one-name performers. Eventually, after agents, promoters and club owners kept adding different adjectives, it was changed to Hypnotist The Incredible BORIS, which described the sentiment of the show more precisely. “Incredible” was used the most.

First professional engagement as a comedy hypnotist at the age of 17, gave start to a vast entertainment career that lead to worldwide performances from Amsterdam to Bermuda, Asia, Middle East and across USA and Canada. Boris’ entertaining career spans over 30 years. Boris regularly performs in venues from theatres and night clubs, colleges and universities, to corporate events, comedy clubs, theater and casino showrooms. The show is hilarious and audience members shine in front of their peers and friends. Breaking numerous attendance records, word of mouth has been the best form of advertisement. The show is called A Hilarious Hypnotic Event with Hypnotist The Incredible BORIS and is often re-booked repeatedly.

Music has been a large part of Boris’ life. He is a child prodigy, having finished grade six of the Royal Conservatory of Music in flute and also proficient in six other musical instruments – guitar, saxophone, base, drums, piano and clarinet. That love for music is incorporated into the show today – music keeps the rapid pace between the never-ending laughter.

The show always delivers a positive message. The participants are treated with dignity and respect, while showcasing unlimited potential and immense powers of the mind. At the end of every show, Boris gives positive suggestions to the participants and the audience as a thanks for their involvement. The show breaks ground and elevates the observer to a higher level of consciousness. The best way to learn is through laughter.

Boris uses his trademarked catch phrase Let It Sync In ™ or Let It Sink In ™ to signify a suggestion given to the participants.

Boris has been featured on numerous television programs. He showcases hilarious ways to control minds in unforgettable comedy routines. The hypnotized subjects are volunteers, who are the stars of the show, always presented in a positive light. Boris is a regular guest expert onMaury, helping people with unusual fears and phobias. He has also appeared on Montel, Howie Mandel Show, The Vegas Show, Comics!among many others, and prominent comedy festivals – Just for Laughs Festival in Montreal and the Boston Comedy Festival.

On March 10, 2008 Boris followed Jane Fonda and Sarah Ferguson, the Duchess of York at the Women as Global Leaders Conference in Dubai, U.A.E. – a royal command performance. The presentation was so well received, Boris was asked to do an encore performance, as well as returning later that year for a return engagement.

Boris has received numerous national and international awards and nominations. He is a proud receipient of two Global Leader Awards for his positive presentation that stand out. Boris has won the prestigious Entertainer of the Year Award twice, a national award presented to a performer by the special event planning community. He was nominated for the 2010 Canadian Comedy Award for his one-person show, being the first hypnotist ever to appear at the awards. Boris continues to present excellence on stage and behind the scenes and has receved more than 20 other award nominations to date.

Boris is credited as the inventor of the term “google me”, having put it in a press release in 2004. He also regularly uses it on stage, to describe searching online for his web site using the popular search engine. In December 2011, Boris was hired by Google for their holiday celebrations.

In June 2011, Boris entertained troops in Afghanistan’s Bagram Air Field as part of Operation H.O.T. – Honoring Our Troops. When Operation HOT returned to Afghanistan and Kuwait in June 2013, Boris was asked to join the team once again.This time, Operation HOT was able to reach some of the most remote Forward Operating Bases as well as performing a grandstand show in Kandahar, Afghanistan for the Joint Task Force troops. Boris received commendations from the City of Houston and letters from the white house from President Obama for participation in Operation HOT..

The passion with which Boris takes the stage is engaging and contagious, while the impact is unforgettable.

Comedy Hypnotist The Incredible BORIS is a favorite entertainer at corporate, university and private events. Entertainment that inspires.

The show was hysterically funny to the point you did not want to leave your seat or the room for fear of missing the next prank. Lions 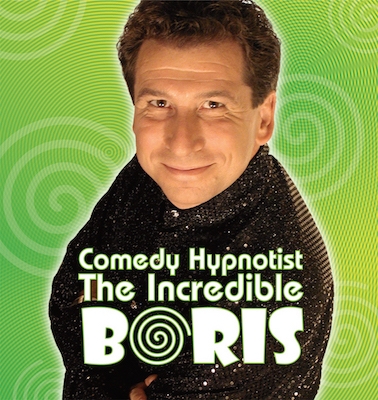 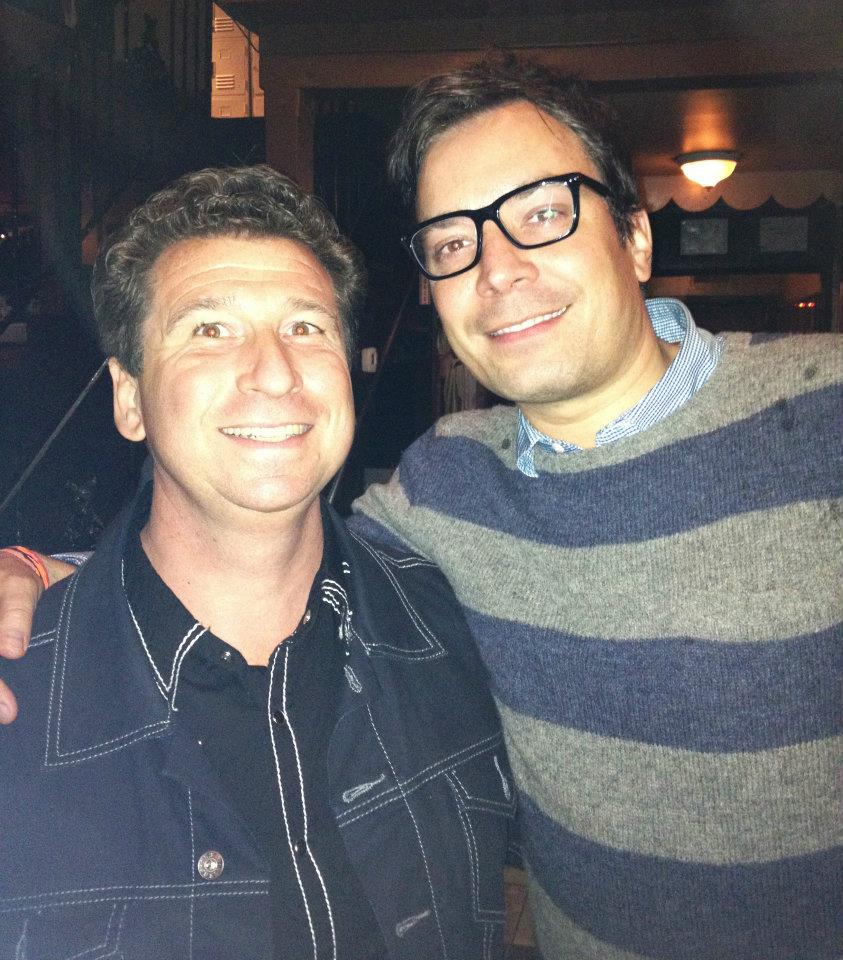 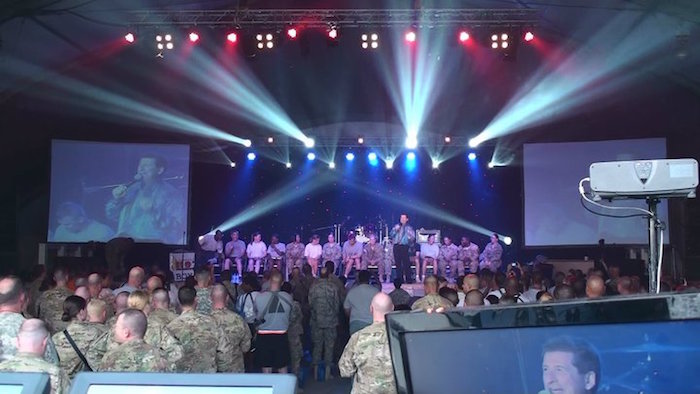