Second Helping began in 1988 in Tampa, Florida by its founder, Chris McCallister. Second Helping was the first Lynyrd Skynyrd tribute band ever. The band began as the result of Chris attending a Lynyrd Skynyrd rehearsal. At that rehearsal, the band was discussing that they would only do a few more shows as a tribute to their fans. Chris was amazed that they planned on quitting and said, “Wow, somebody should do a tribute to you guys!’ The band was amused and laughed at the thought.

Chris went back to Tampa and did just that. He formed Second Helping. Second Helping has enjoyed their friendship with Lynyrd Skynyrd. Skynyrd guitarist, Ed King, in the early years worked with Second Helping guitarist on specific guitar parts as did Randall Hall.

From 1988 until today, Second Helping has toured regularly the United States, Canada, and Mexico. In 1993 Second Helping performed on MTV and has had several Skynyrd members attend and sit in with them.

Today the band does not refer to itself as a tribute. They refer to themselves as “Second Helping: The American Lynyrd Skynyrd Show.” This is because many Skynyrd tributes do not have the same components (10 members), play the parts (solos) correctly, and do not have the respect to make the necessary adjustments to get the music correct.

Second Helping is much more than a Lynyrd Skynyrd tribute band; it is a showcase for classic Skynyrd music. Expect a big show, a big sound, and an evening that will bring you back to a time of youth, fun, and hope. 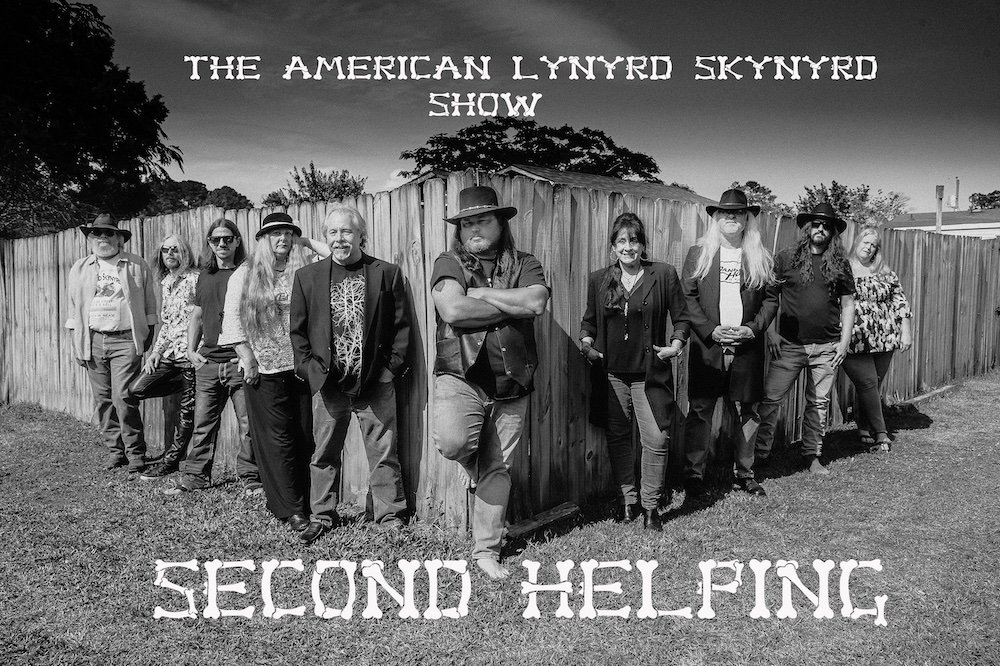 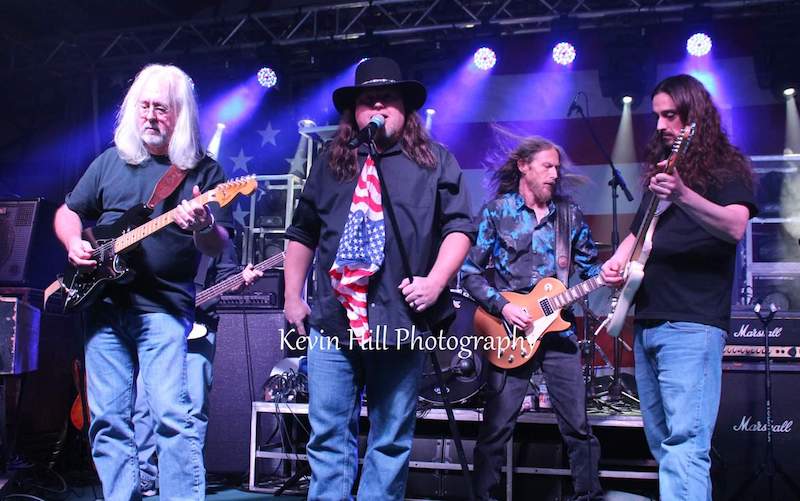 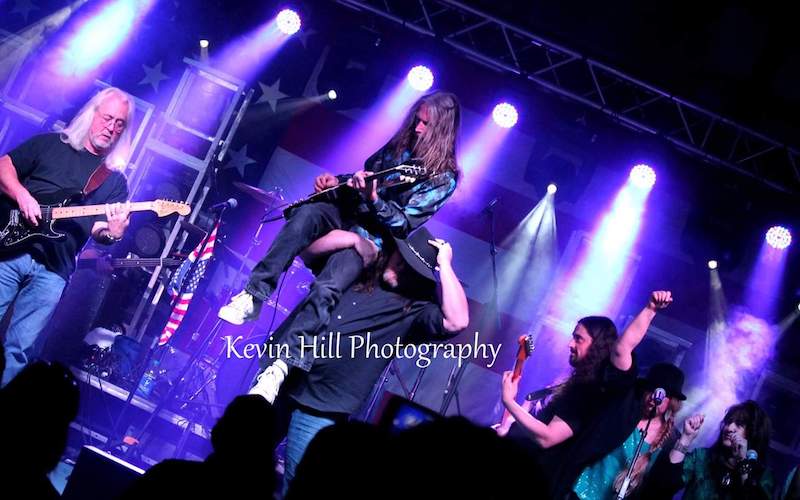 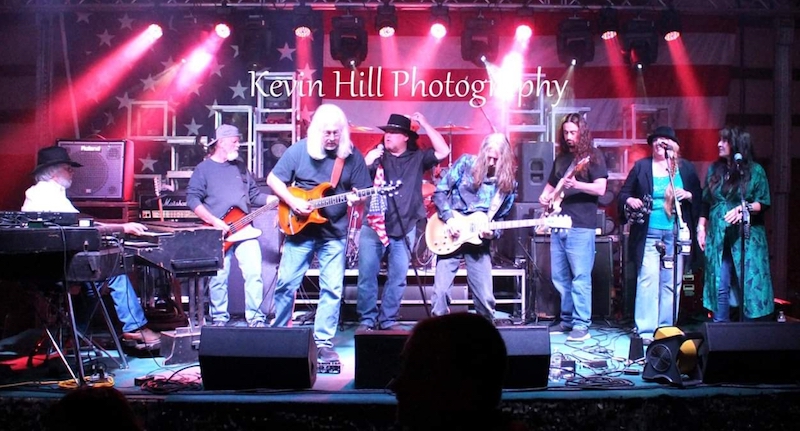 “Good job, you guys play it right and we (Lynyrd Skynyrd) appreciate it! Second Helping puts on a good show. Turn your amps down and turn your guitars up!”
– Ed King, Guitarist, Lynyrd Skynyrd

“I think it’s great what you guys have done (1991). Always good to visit with ya’ll.”
– Leon Wilkeson, Bassist, Lynyrd Skynyrd

“These guys are the real deal. They do Skynyrd right.”
– Randall Hall, Lynyrd Skynyrd Guitarist

“I just love you guys, thank you for what you have done to keep the music alive. (2006)”
– Jo Jo Billingsley, Background Vocals, Lynyrd Skynyrd

“Great bunch of guys, sounded like Skynyrd. Thanks for having me out to your show!”
– Craig Reed

“This band is not some tribute show, they are the real damn deal!”
– Gene Odom, Lynyrd Skynyrd head of security 1976-1977

“They’re friends and a bunch of great Skynyrd players; it was great sittin’ in with you fellas!”
– Dan Toler/Greg Allman, Guitarist and Vocalists, The Allman Brothers Band

“Turn it up, let it rock, blow out the windows, let that Freedbird fly! What a guitar show!”
– Greg Martin, Guitarist, The Kentucky Headhunters

“The crowd loved you guys! What a nice group of people to work with. We would love to see you back again!”
– Akron Civic Theater

“This band was more than fantastic, people were cheering, dancing in the aisles. My gosh, we just loved the show! The Second Helping staff and crew were very professional and easy to work with.”
– Adrian Northington, Wayne Community College

“Awesome Crowd tonight in Kentucky you guys were awesome! Fantastic band! This show was like listening to Lynyrd Skynyrd, the three guitars, the three girls, GREAT SINGER! Amazing show, you guys were the real deal. We will have you back!”
– T.J. Holtman, Town of Crestview Hills, Kentucky

“Wow! Amazing show! People need to hear this show. You can tell that they paid attention to detail.”
– Theater Manager, Greenville State Theater

“Second Helping is the Best band I’ve ever heard. We want you back next year! Amazing sound; it was like listening to Lynyrd Skynyrd. My gosh! Big band, big sound Second Helping can only be compared to Lynyrd Skynyrd themselves. More than a tribute band these guys put on a Lynyrd Skynyrd show. The girls were THROUGH THE ROOF! ”
– Gary Woods Venue owner Tom Phillps Roadrunner Entertainment, Crecent City Tavern Courtyard

“Great show! Love to have you guys back, for sure.”
– Nathan Rhue, Town of La Grange, North Carolina

“This band is awesome. Really great crowd 3,000 in attendance and you held them to the stage. Great bunch of guys, fantastic show.”
– Jon Anderson, Heartbeat Productions, Soybean Festival, Martin, Tennessee