MARIACHI FIGUEROA – from Montreal Manuel Figueroa end his brother Jose Luis came to Montreal in 1973 with his father Don José Figueroa, most part of his life he has been working with him. The Group used to be called Los Viajeros.

In the year 1984 the group was called El Mariachi Figueroa and is named like that since Mr. Manuel Figueroa started to travel since he was very Young. His first trip was to Italy in 1979. His father sent him in his place for 22 days tour. He went and toured around the Quebec’s province, then Newfoundland and Nova Scotia, Toronto and Ottawa before he went to the USA.

Last summer he recorded and released one CD with one of the must popular singers in Quebec, his name: Mario Pelchat. Mr. Pelchat gave to Mr. Manuel Figueroa the confidence of making and writing words in ten of his songs, bringing alone his nephew Esteban Duran Figueroa recording five out of this release. He also just finished recording one CD in French recorded by Manuel Figueroa and his mariachi.

Now, El Mariachi Figueroa .The group is made by 5 to 9 members or more if you whish, depending on your party, offering to your audience the best of their repertoire and make them enjoy by singing their favourite songs. The have a whole big variety of songs from rancheras, boleros, melodies, dancing and more.They will perform in Hispanic ceremony in church, for the Latino American community and Quebec, Weddings, sweet sixteen, baptisms, funerals and birthdays.

They are also available for serenatas and mañanitas.El Mariachi Figueroa is a group organized with competent musicians and professionals top lay and sing al kind of music and make your party the best moment, perhaps they are hired for that matter.They are all at your service top lay in your familiar party, business, Christmas.

They also can go anywhere around the world.They hope to count with your support and make then play for you live.They have competitive prices depending on your event 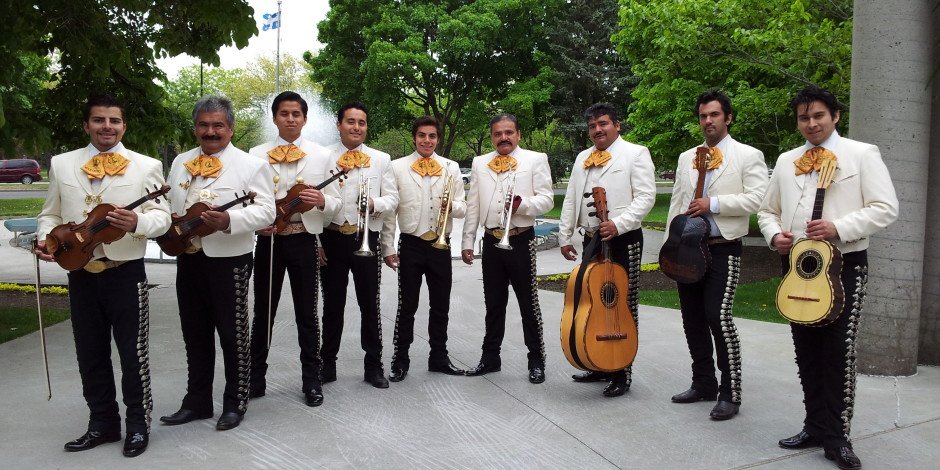