Welcome to Guy Bavli’s World. Guy Bavli, Master of the Mind is an entertainment experience like none other. A renowned performer and “mentalist,” Guy Bavli has astonished audiences with his mind bending performances that put you in touch with your Sixth sense.

Guy Bavli is one of the most popular “in-demand” TV and Corporate entertainers. He has performed at prestigious entertainment venues and casinos, including Caesars Palace in Las Vegas, Carnegie Hall in NY, and dozens of countries world-wide. Bavli redefines mind-reading entertainment as we know it.

A renowned Mentalist, Speaker and Entertainer, Guy Bavli takes you on a journey into the mysteries of the human mind. A compelling series of Mind Games from reading thoughts, predictions, phenomenal Mathematical abilities, making people telepathically connect, to Telekinesis by using Mind Power.

Headlining in theaters, casinos, cruise lines, and corporate events for some of the top Fortune 500 Companies he never ceases to amaze his audience.

Guy Bavli has appeared in many TV shows worldwide. He starred in the NBC TV hit, Phenomenon, Masters of Illusions (My Network), Stan Lee’s Super Human (History Channel), Sabado Gigante with Don Francisco (Univision), and countless others around the globe. He has also performed his incredible Mind Power Show at prestigious entertainment venues and casinos,including more than 1200 shows at Caesar’s Palace in Las Vegas, Carnegie Hall in New York, the Opera House in Frankfurt, the Shpillhouse Theater in Salzburg, Ateneo de Caracas, Atlapa in Panama and in more than 50 countries worldwide from Chile to Australia.

Mind reading, Predictions, Telekinesis, Elements of Dangerous, Humor, Audience participation, Power of suggestions, Psychological illusions, and much more… Master of the Mind® is a must see Event!

Bavli redefines Psychic and Mind Power entertainment as we know it. With intriguing mystery and superior showmanship, a performance by Guy Bavli is a journey into another realm that may put you in touch with your sixth sense but will definitely leave you spellbound. Executives, journalists and even scientists cannot explain Guy Bavli’s Phenomenon. Nevertheless, Guy Bavli does not claim to posses any “supernatural” powers. He uses psychology, physiology, illusions and intuition combined with the ability toaccess parts of the brain that are not usually registered. In fact, he claims that anyone can tap into their Sixth Sense and do what he does.

This is not a hypnosis or a magic show … Bavli’s show involves audience participation in a friendly, humorous yet spellbinding way. He will read the thoughts of volunteers, make predictions, and telepathically connect between individuals. Guy Bavli is world renowned for his telekinesis skills such as moving objects and bending spoons … even a stop sign! He will incorporate elements of danger such as hammering a nail into a wooden board with his bare hand; stopping his pulse and reviving himself right in front of your very eyes… and more! Master of the Mind® is like nothing else you have EVER seen before.

Guy Bavli takes you on an adventure filled with hypnotic excitement, motivation, and magical wonder! 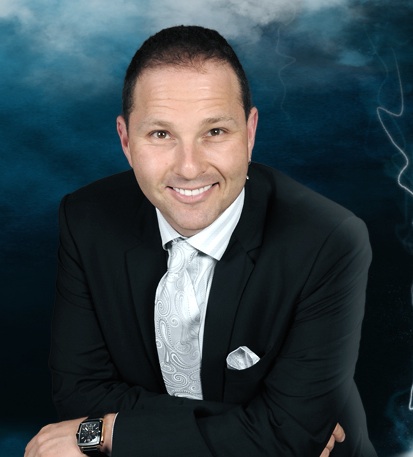 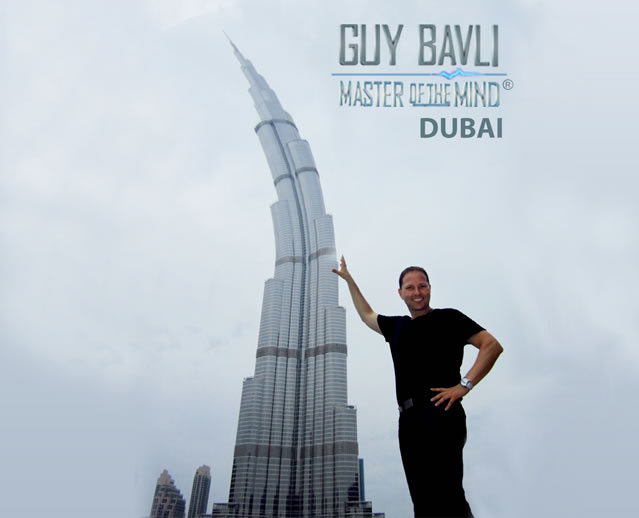 “Dear Guy, Thank you very much for the GREATEST & BEST show I have seen on my ships and in my life. All the Best.”
– C. Teige, Captain Voyager of the Seas RCI. 2012

“Guy, your show was absolutely fantastic. You took a small stage on a tropical island resort and turned it into a Vegas venue. Everyone was mesmerized and thoroughly entertained. You blew their minds!! I was particularly impressed with your stage presence, spontaneity, humor, and your ability to draw in and captivate people of so many ages and backgrounds. Your show had something for everyone, and people were talking about it for the duration of the event. I can’t wait to see what else you have ‘up your sleeve’!”
– Avi Erblich, Vacation Resort Event, Aruba

“Dear Guy, You delivererd as expected. Everyone was amazed and enjoyed your presentation. You are a delightful man and extremely talented. We wish you well and look forward to seeing you in Vegas or maybe here at Boca West.”
– Dorothy Bucksbaum, Private Event Boca Raton, FL 2013

“You are the talk of LA…Your performance was over the top.”
– Ruchie Stillman, Chabad LA

“Guy, We truly are thankful, for providing the highest quality of entertainment for our members and guests, you were sensational.”
– Dale R Hindman, President, The Academy of Magical Arts, INC.

“Guy’s performance was incredible and appropriate but more importantly he is a pleasure to deal with. He understood the nature of my event and catered his show accordingly. I couldn’t have been happier.”
– Rabbi Mendi Kornfel, Chabad, West Palm Beach FL