Pink Floyd – US and THEM

A review in performance of Pink Floyd’s extensive catalogue and career, US and THEM features the talents of veteran musicians from Southwestern Ontario. US and THEM prides itself on bringing an authentic reproduction of the spirit and creative genius that is The Pink Floyd Sound to audiences everywhere! Featuring stunning visuals that compliment the lush soundscapes, the group has built a base of fans in their hometown of Windsor, Ontario – performing to eager, packed crowds who share the love of all things Pink. From “Apples and Oranges” to “Zabriskie Point”, US and THEM has carefully crafted a songlist to appeal to the casual music listener as well as whet the appetite of the dyed-in-the-wool fan – even going as far as reproducing the entire 1973 epic, Dark Side Of The Moon in its entirety! Don’t take our word for it, try “US and THEM – The Canadian Pink Floyd Experience” for yourself! 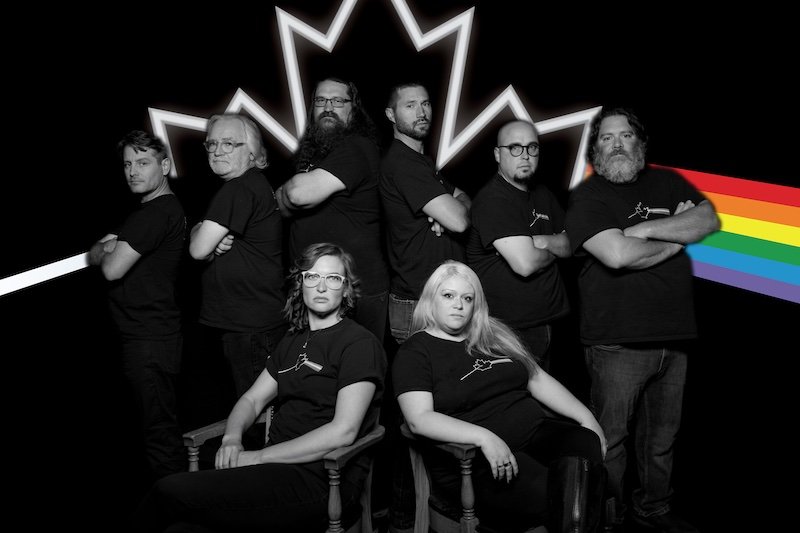 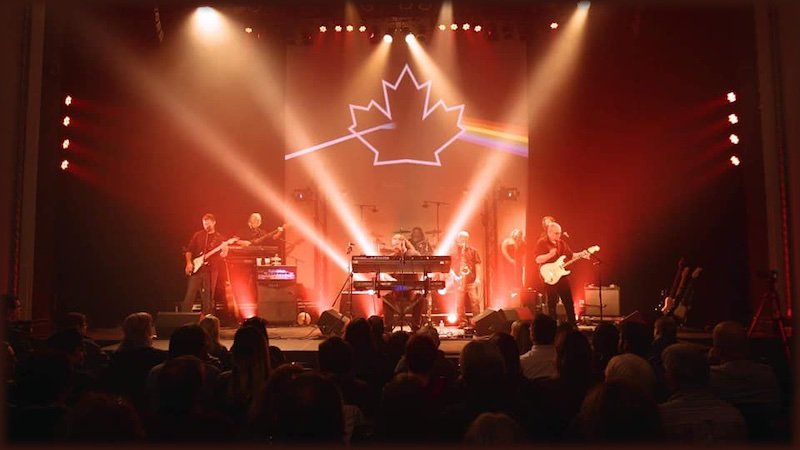 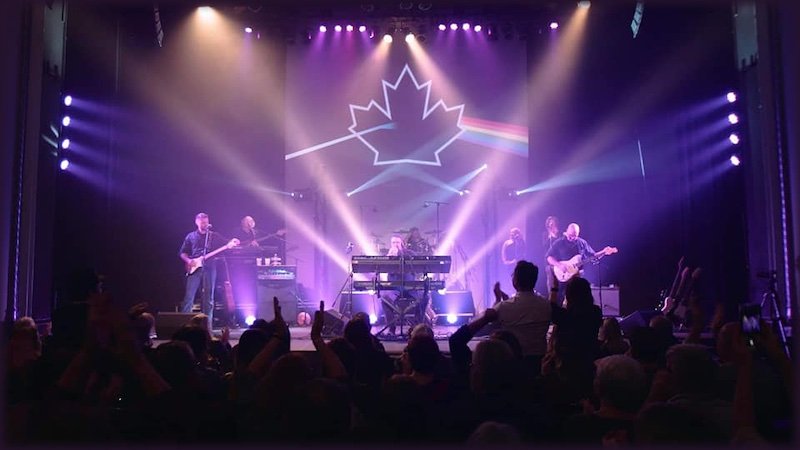 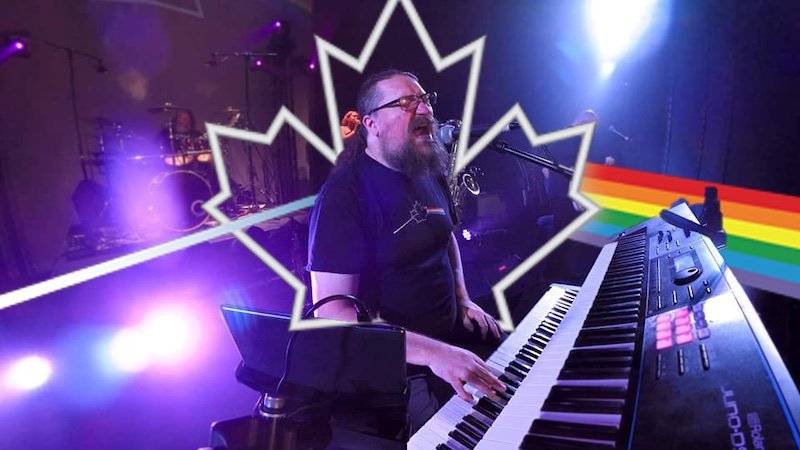 Dark Side Of The Moon (full album):
Speak to Me / Breathe
On the Run
Time
Breathe (reprise)
Great Gig In The Sky
Money
Us and Them
Any Colour You Like
Brain Damage
Eclipse

Catalogue Highlights:
Shine On You Crazy Diamond
In The Flesh
The Thin Ice
The Happiest Days of Our Lives
Another Brick In The Wall, Part I
Another Brick In The Wall, Part II
See Emily Play
Welcome To The Machine
Have A Cigar
The Gunner’s Dream
Set The Controls For The Heart Of The Sun
Run Like Hell
Comfortably Numb
Wish You Were Here
Coming Back To Life
Learning To Fly
Young Lust

“As a fan of Pink Floyd’s music crafted, and performed throughout the decades, I do find US and THEM – The Canadian Pink Floyd Experience to be an incredible show of attention to detail embracing lighting, sound and showmanship. I would purchase, at any time, venue/concert tickets wherever humanly possible to travel to, just to enjoy their painstaking recreation of Pink Floyd’s legendary music. Their vocals are refreshingly sculpted to match the stylings of the original band, something I find at times lacking with other tribute bands. If I had a venue to showcase this act, I would consider having them as a house/regular act. US and THEM – The Canadian Pink Floyd Experience – never disappoint.”
– Walter Riggi, President, RIGGI MEDIA INTERNATIONAL INC.

“Us and Them – The Canadian Pink Floyd Experience is a seasoned musical stage production that will enchant the most serious of Pink Floyd fans. The musicality of the performance is true to the genre with a fresh perspective through talent, ingenuity, and modern technology. A spectacle for the eyes and ears.”
– David Michael, Owner, ROCKSTAR MUSIC HALL, Producer, Director, Musician
Industry Credits: Prince, Michael Jackson, Paula Abdul, John Entwistle, Michael Landon, MTV, VH1, History Channel, AMC, Oscars, Grammys, American Music Awards

“As a long time fan of Pink floyd, it’s the complexity and emotional depth of the music that appeals to me most. When I saw -Us and Them: The Canadian Pink Floyd Experience- performing live, I could not believe what I was witnessing. Experiencing Us and Them performing selected songs from Pink Floyd’s massive discography – and then performing Dark Side of the Moon in its entirety: I was blown away. The delivery, the attention to detail, the performance – it was all there – but what moved me the most on an emotional level was the passion and respect for Pink Floyd’s sound that came through in their mind-blowing live show. Myself, along with everyone in the club knew that we were witnessing something special, something rare – something magical.  Us and Them is next level and needs to be experienced by Floyd fans and music fans everywhere. Us and Them is more than a tribute band – it is a celebration of sound that is true to the pulse of what is authentically “Pink Floyd”. With a profound understanding – and most importantly RESPECT for the band they are paying tribute to – Us and Them presents a flawless experience that is absolutely cannot be missed. They are the Pink Floyd Experience people will be talking about.  As the audience filed out of the club after their set, a euphoria hung in the air like a haze, settling over everyone like an afterglow. Everyone was buzzing with excitement and appreciation. “Can you believe what we just saw in a small club?”, “Consider yourself lucky! Next time you see them will be in an arena.” Us and Them – The Canadian Pink Floyd Experience, like Pink Floyd, are masters of their instruments and place the music front and centre which is both humbling and electrifying to experience.”
– Dan MacDonald, Host – Hear and Now / The Dan MacDonald Show – AM 800 CKLW Windsor-Detroit

“I had the pleasure of working with Kris and the band back in late November of 2019. They put on a show at the theatre and my crew and I did the production for them. I have done many Floyd tribute acts, and have seen the real thing and two best tributes, Brit Floyd and Australian Pink Floyd. So, you see I have the benchmark experience that I can compare them to. Us and Them is a very professional group of seasoned musicians and vocalists. Sound check with them was a breeze, very easy to work with loading in and getting the band set up. The band arrived in sequential stages Drums and then keys followed by guitars sax and back-up vocals. There were zero technical issues, and the monitor mixes were quick. We ran through 2-3 songs so I could finish doing a light focus. They did not have a big budget for production to give them 100 sharpies on a 100 foot diameter video screen. However, they did have their own video content and we did the best we could within our means to light them up within their budgeted production allowance. The show was a huge hit ! Program choices and order flowed seamlessly during the course of the night. The crowd made it clear of their approval. Guitars were spot on . Kris on Keys and vocals center stage did a great job. The Band was tight and it was very obvious they wanted this and had worked hard to get there. The music was played the way a Floyd critic knew it to be. All in all, the audience , the band and my production crew had a great event. I would highly recommend engagement with this Band and would love to do more shows with them when this Pandemic allows us full capacity crowds to rock the house again.”
– Mario Ricci, Owner – M-R Productions, House Production – The Olde Walkerville Theatre