Initially catapulted by the California surf culture, The Surfaris transcended the local scene into international stardom with their hit song “Wipe Out.” In 1962, Bob Berryhill (15), Jim Fuller (15), Pat Connolly (15) and Ron Wilson (17) from Glendora, California formed The Surfaris. On a cold December night in 1962, these four young men wrote Wipe Out in the studio after recording Surfer Joe. With the help of manager Dale Smallin (Wipe Out laugh intro) and recording engineer Paul Buff, The Surfaris recorded the 1963 hit version of Wipe Out and Surfer Joe.

From there, the band went on to play teen centers and dance halls around Southern California. With the help of their fans, the new surf music craze, music publishers, radio DJ’s, and Dot Records, Wipe Out rose to #2 on the Billboard charts. Like the band “The Wonders” in Tom Hank’s classic film, That Thing You Do, The Surfaris were catapulted into international stardom in about 6 months. Billboard posted the “Hottest 100 Songs of Summer in 1966.” A rarity in the music business, Wipe Out went back up to #16 in ’66.

From the 1960’s to today, Bob has continued performing live with various side players filling in as needed. Original members Jim Fuller (guitar), Ron Wilson (drums) and Jim Pash (sax) have since passed away. Original bass player Pat Connelly no longer performs. Bob and his band continue to play the music and tell the amazing story behind the music of The Surfaris.

The Surfaris Play album on Decca Records, which included sax player Jim Pash. This album cover was featured by Time Magazine as one of the 35 greatest rock album covers of all time. The Surfaris were invited to perform on music tours of Hawaii, Japan, Australia, New Zealand and across the United States. They began sharing the stage with legendary acts like The Beach Boys, Roy Orbison, Jan and Dean, The Righteous Brothers, The Turtles, Dick Dale, and The Ventures among others. The Surfaris made numerous television appearances including performances on tv shows like Shivaree and Ninth Street West. The original line-up of the band performed from ’62-’66.

The Surfaris with Bob Berryhill re-recorded Wipe Out, Surfer Joe and 8 new original instrumentals. Bob Berryhill is currently the only original founding member of The Surfaris that officially performs and records as The Surfaris. Bob’s current Surfaris line-up continues to tour playing their hits including Wipe Out, Surfer Joe, Point Panic, Similou and others. Berryhill’s Surfaris have recorded two modern albums “Wipe Out” and “The Surfaris Hurley Sessions.” Both are available on iTunes and Google Play. The band was interviewed and performed on KUSI TV, 91X radio (San Diego, CA) and has performed at great concert venues such as The Cannery Casino (Las Vegas, NV) The House of Blues (Anaheim, CA), Angel Stadium, The Cerritos Center For The Performing Arts, The Clark Center, San Diego County Fair, Glendale Cruise Night, The Starlight Bowl (Burbank, CA), The Harris Performing Arts Center (Folsom, CA), The Endless Summer Winery (Port St. Lucie, FL), The 50th Anniversary of The Surfaris and The Kingsmen at the Toyota Performing Arts Center in AZ, Automania Car Show (Sioux Falls, SD) Fiesta Del Sol in Solana Beach, CA, “The Pinned Miami Event” at The Miami Beach Convention Center (Miami, FL), and many more. The band performs concerts alongside great acts such as The Ventures, Frankie Avalon, The Diamonds, Brooklyn Bridge, The Marcels, The Tokens, The Kingsmen, Herman’s Hermits, Jan and Dean, and 80’s groups The Motels, The Surf Punks and many others.

Bob Berryhill, original guitarist and founder of the surf rock group The Surfaris began his professional music career by co-composing and recording the original Wipe Out, one of the most iconic and influential instrumental songs, as recognized by Billboard Magazine, the Rock and Roll Hall of Fame and The Grammy Museum. In October 2019, The Surfaris and Wipe Out were inducted into the Musicians Hall of Fame, located in Nashville, TN. They played the induction concert at the Schermerhorn Theatre to a sold-out audience with a number of top name performers.

Initially catapulted by the California surf culture, The Surfaris transcended the local scene into international stardom. Bob continues to play the music and tell the amazing story behind The Surfaris and Wipe Out, plus takes audiences on a historical journey through the 1960s showcasing other hits from the era. The band celebrated Wipe Out’s 50th Anniversary with a tour covering CA, HI, AZ, SD, NV, IL. They’ve played concerts in Australia, New Zealand, Bulgaria, Germany, Japan plus numerous US venues. 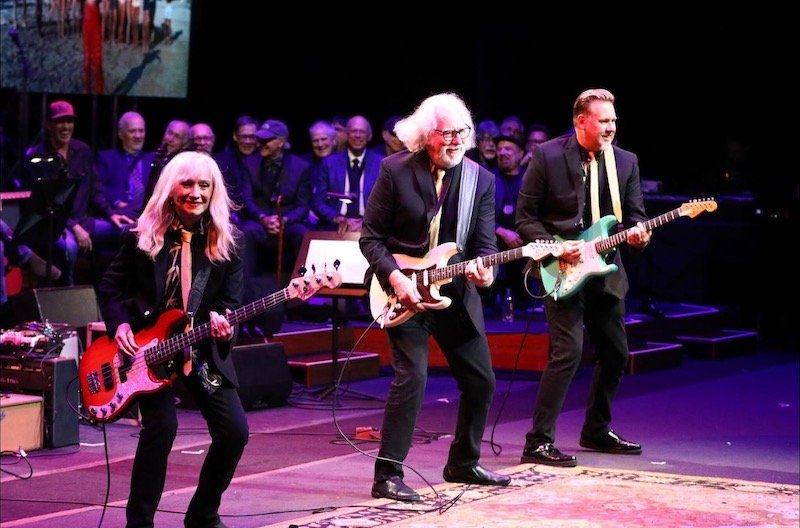 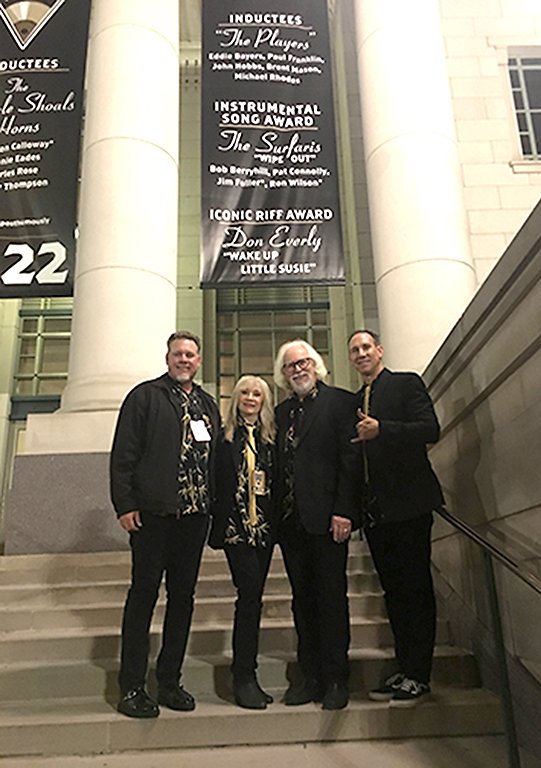 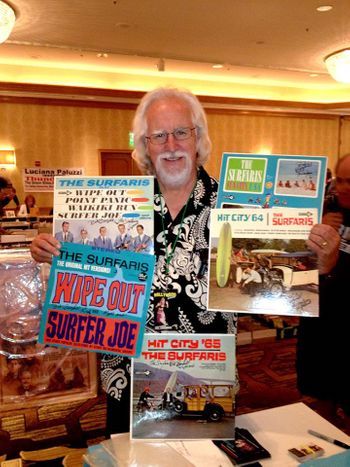 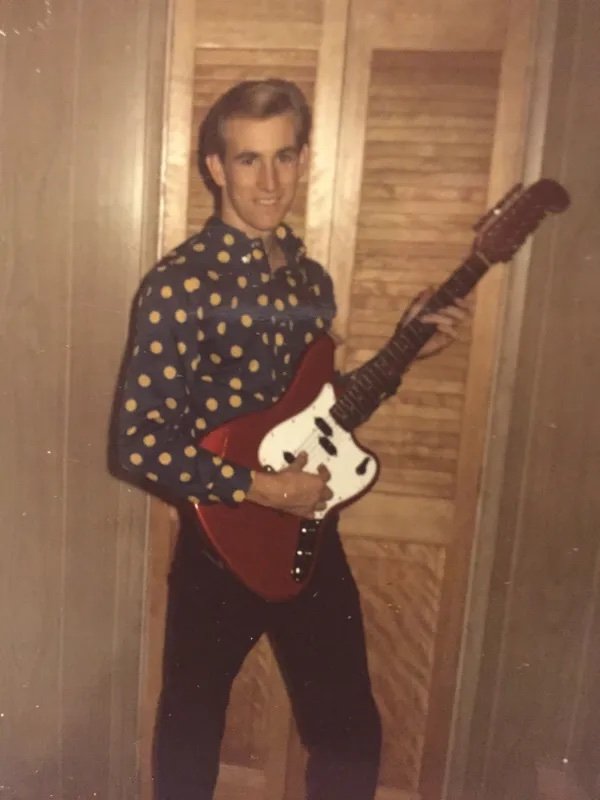 (Set list covers about one and a half to two hours in all including comments from Bob, or can be split into two 45 minute sets.)